This Balsam Flower Honey from Nook Farm is amber coloured and has a sumptuous thick consistency, but will still run off a spoon. It has a delicious, distinctive taste with a background flavour including hints of toffee.

Balsam Honey is wholesome and very satisfying you may not be able to resist eating it straight from the jar as it’s so moreish. It is a single flower honey, from bees kept in areas where Balsam grows in huge quantities. Balsam Honey is the perfect accompaniment to ice cream or yoghurt, it can add an extra depth of flavour in cooking especially stir-fries and curries. It is pure, unpasteurised and raw honey.

Bees love Balsam and a bee that has visited a Balsam flower will often look completely white after covering itself in pollen. Balsam grows mostly along riverbanks its proper name is Himalayan Balsam. The Victorians grew Balsam as a greenhouse plant but it escaped into the wild and is now naturalised in the British Isles. 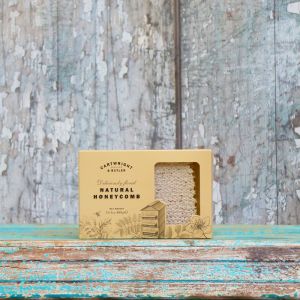